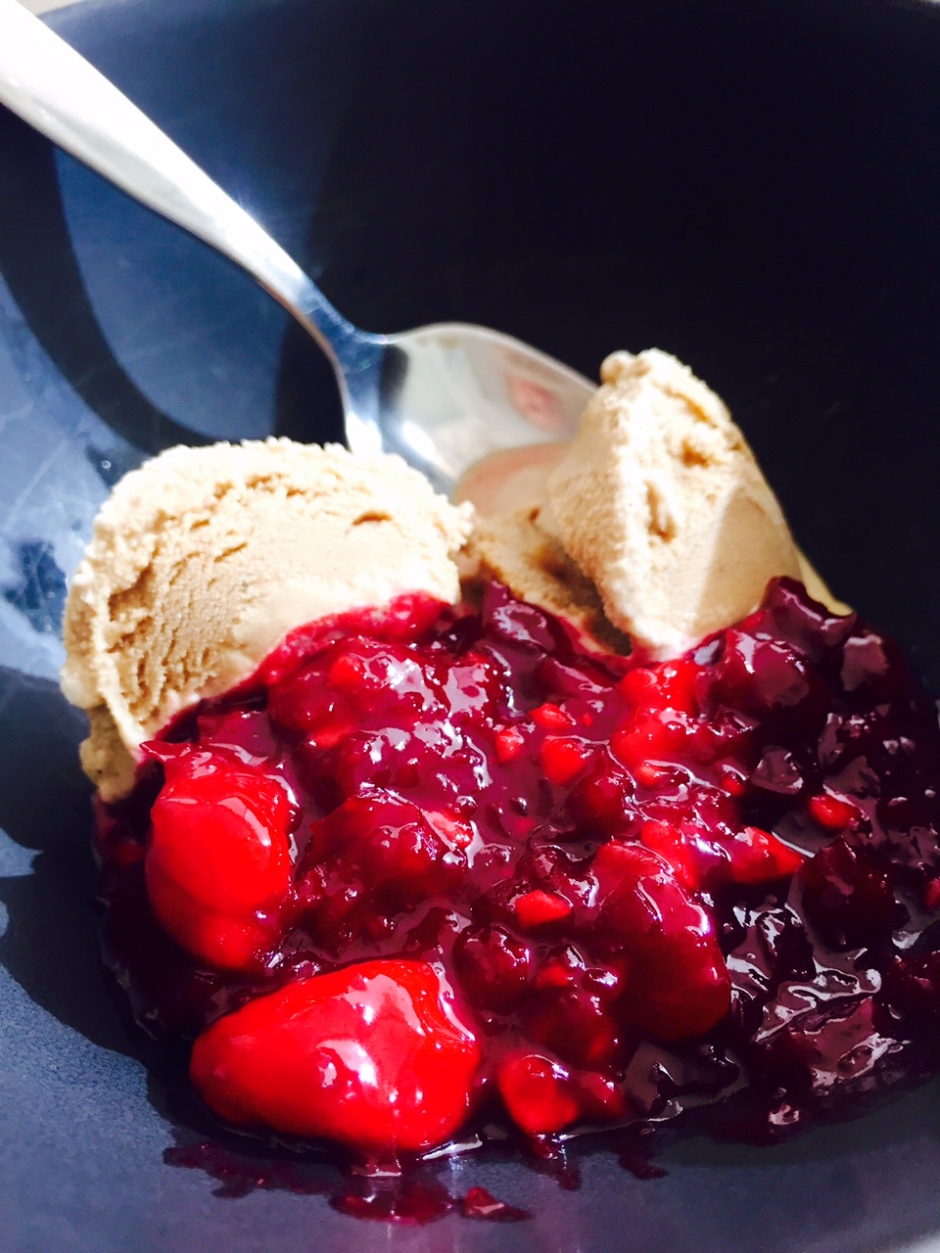 As we continue to travel, “six tasting India” both north and south, there are certain dishes that elicit such oohs and ahhs they have to be shared. Fortunately, wherever we go the restaurant staff is so delighted by the exclamations of praise that recipes are readily granted. One such was Chef Altah Shah of Raga on the Ganges whose delightful meal creations overcame language barriers to communicate friendship, generosity and loving nourishment. 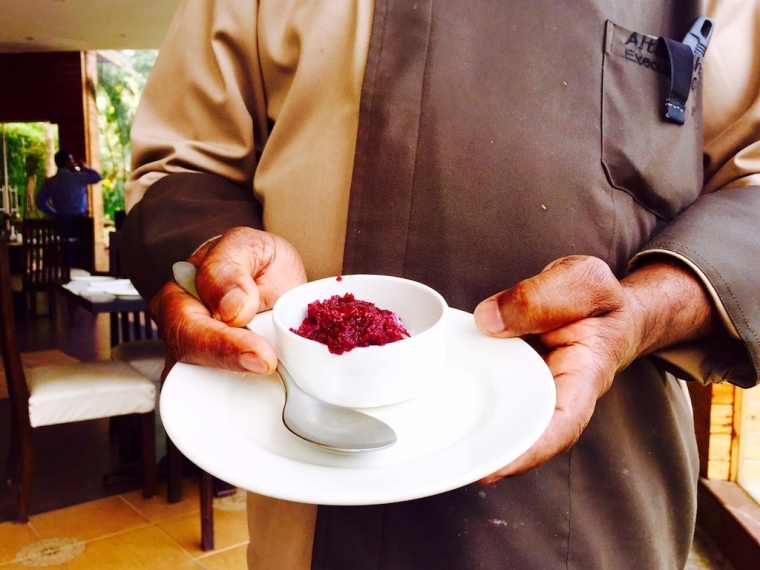 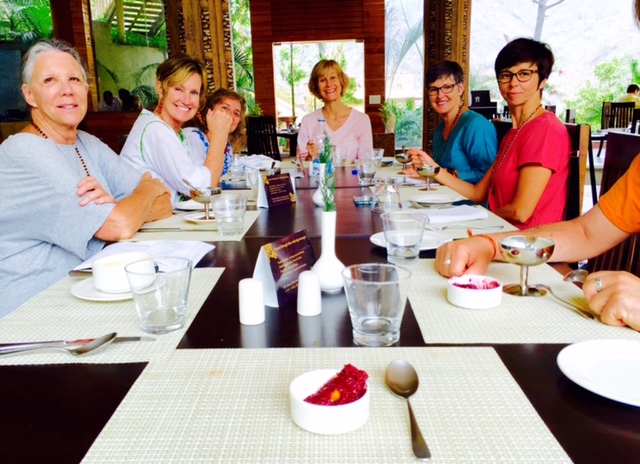 This red halva may not fit easily into the category of “Ayurvedically inspired” but I could make a case for it.

First, it comes from India as does Ayurveda. That may sound like a weak start but it’s almost impossible to separate Ayurvedic medicine from the culture where it was born. So many of Ayurveda’s staple meals resemble Indian classics – dal, rices, vegetable soups and broths – and involve Indian ingredients like ghee, boiled milk, mung dal, cardamom, ginger, etc.

Most importantly, many Ayurvedic medicines are stirred into boiled milk, often with jaggery added. That may seem odd, but this age-old tradition holds that bitter herbs and astringent medicines are rendered optimally bioavailable when blended with foods of the hydrating, cooling, strengthening, sweet taste.

Plus, beets are good for you.

What they call Beetroot Halva, we might call a Beet Pudding. It is a creamy curiosity. We had fun asking people to guess what it was before we told them. Some thought chocolate, others a rice or nut pudding, and one even thought it was cookie dough. Each had a different guess, but no one guessed beets!

Here is the recipe translated from Chef Shah who makes desserts in large quantities and measures in the metric system. I made this yesterday for friends who raved, so I think the translation works. Earlier this week I tried translating it even further into a vegan dish. As it relies heavily on milk, as most Indian desserts do, it was a risk. But before anyone knew what the original would taste like, they swooned over the vegan version. That recipe, plus three photos of the vegan halva served with coconut ice cream, are below.

Put grated beets in a saucepan with milk and bring to a boil. Reduce heat and simmer for an hour. Add khoya, sugar, ghee, nuts and raisins. Stir. Serve warm. It is delicious with homemade vanilla ice cream, or plain yogurt.

*Khoya: You can make khoya by bringing 3 cups of organic whole milk to a boil and then simmering for two hours to reduce.

Soak cashews. Soak dates. Put grated beets in a saucepan with milk and bring to  boil. Reduce and simmer for one hour. Drain cashews and dates, Add to beets along with khoya, raisins and spices. Stir and simmer until reduced to a pudding like consistency. Taste and add maple syrup if needed.

Serve warm. It is delicious with coconut ice cream.

**Coconut Khoya: I made the khoya with organic coconut milk by bringing 3 cups (equivalent to two 13.5 ounce cans) to a boil and then simmering for 1 hour to reduce.

In India today is Holi, a colorful day celebrating the arrival of Spring. Honoring mother nature’s blossoming beauty, I want to celebrate that in you too – and so am offering my friend Dr. Manisha Kshirsagar’s new book Enchanting Beauty to one beautiful reader. Please leave a comment below if you are interested in this gift.

What is your intent for your beautiful self this Spring?

What nourishes you? Cancel reply

Welcome to my Blog

Hi, I'm Laura and it's an honor to offer you this collection of plant based, whole food recipes, along with ideas and resources to inspire. I invite you to join me in celebrating nature's nourishment by registering to receive Food-A Love Story for free. Just enter your email address below. Thank you.